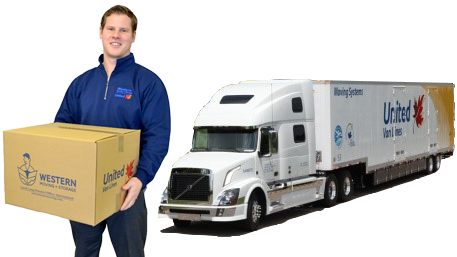 Get a Moving Quote

Get a local Edmonton moving quote from Western Moving, one of Edmonton's most professional and experienced moving companies.

Cheap and inexpensive don't necessarily mean the same thing, and if you hire "cheap" movers to do your move in Edmonton, you could quickly find out the difference. If you want an inexpensive moving company that will do a good job, then you should consider callling Western Moving and Storage.

Beware of Cheap and Unreliable Movers in Edmonton

Cheap and inexpensive don't necessarily mean the same thing, and if you hire "cheap" movers to do your move in Edmonton, you could quickly find out the difference. If you want an inexpensive mover that will do a good job, then you should consider working with Western Moving and Storage.

Some of the ways cheap movers may cause problems for you include quoting you a rate that doesn't cover all the services you won't, which could mean you get charged more later; operating without insurance or without enough insurance; and not taking the time to do background checks on its movers and other employees.

Western Moving isn't like some other moving companies and treats its Edmonton customers and potential customers right.

The company always gives its customers two moving quotes: one for just a move and one for a move that involves packing services. That way you know exactly what you are getting and what you are paying for. And Western will review all competitors' quotes and offer a second opinion.

Western Moving also is noted for its long history of reliability. It is a fourth-generation company that is locally owned and operated. In addition, it is COR certified and WCB compliant, has an A+ rating from the Better Business Bureau and was named one of Canada's best managed companies. Western Moving also puts all its employees through a rigorous background check.

If you are looking to move within Edmonton or elsewhere, you want a moving company that is experienced and reliable in addition to being inexpensive. Western Moving is that company.

Everything you need from an Edmonton Moving company:

Western Moving has the capacity to move almost anything, anywhere! Our services include local, long-distance, office and international.

We offer a variety of packing services, from packing your entire household, to the breakables or even just a few articles.

Think of our facility like your attic; except we have alarms, security checkpoints, 24 hour monitoring and a dog...

We offer long-distance moving services including packing, crating, and shipping container service. We even do overseas moves!

Not sure if Western Moving is the right moving company for you?